I thought I’d experiment with a more narrow focus here after experiencing an explosion of What Ifs while writing my last post.  The school year is almost over.  Another year gone by!  I sent my husband an article recently called “Eighteen Summers: It’s All We Get” and keep reminding myself to slow down the pace of life with our kids so we can savor it.  All of this brought to mind an excerpt I read online last Fall about a father dropping his oldest son off at college.  It was called “Unprepared” and was featured on Slate.com.  I was so choked up when I read it.  I couldn’t believe it was written by Rob Lowe.  How could that be possible?  I had always despised Rob Lowe!  I fit him into a neat box in my mind next to Keira Knightley called “Celebrities I despise.”  In my opinion, Rob Lowe was just too smooth and pretty as an 80s heartthrob so I decided I didn’t like him and that was that.

Later in his career, I found him all too easy to despise in certain movies like Tommy Boy especially as a foil to one of my favorites, the comedic cherub, Chris Farley.  Of course, that was the point.

After feeling so touched after reading “Unprepared”, I realized I had made up some pretty big assumptions about Rob Lowe and carried them around for 30 years without once revisiting my stance.  After reading his book excerpt online, I felt compelled to immediately check out his memoir Love Life at the library to lift the veil and see where my assumptions might be wrong.  Ahhh, the celebrity memoir genre.  Mr. Lowe (it feels too personal referring to him as “Rob) tells entertaining stories about growing up, the Playboy mansion, cub scout field trips, and a saxophone gig after St. Elmo’s Fire.  He also shares touching snippets about love and parenting.  He wrote that Rashida Jones, his co-star on Parks and Rec, called him a “benevolent narcissist” and I found myself smiling.  I realized at some point in reading that I stopped despising him or thinking that I despised him. And what had I despised anyway?  His smarmy good looks and presumed celebrity shallowness?  How was I being shallow in my judgment of him? I’d made so many assumptions (he’s dumb/a jerk/self-absorbed/etc.) given that I don’t even know the guy personally.

I imagine some of you might be thinking “Whoa. Settle down! Why are you getting so serious about your judgments of a random celebrity?”

Entertain me for a few more paragraphs! In reading his memoir, I saw some of his humanity.  Sure, it’s possible most of it was ghost-written by an intern who interviewed him in his trailer for a few days.  Despite looks and money and fame and all the rest of it, Rob Lowe is a real person with a life story.  It’s so easy to think we “despise” celebrities and forget they are human beings.  Rob Lowe is still not my favorite actor or person in the world.   After nearly finishing this post I finally decided to read his Wikipedia page last night and there are some controversial things on there that I wasn’t aware of. I’m not going to delve any deeper right now except to say that he is a three-dimensional human being who has been living his life and I’m sure making mistakes like anyone else. I’ll save topics like acceptance and forgiveness for future blog posts.

To be clear, this post is not really about celebrities or Rob Lowe.  Rob Lowe points me to many questions some of which are:

I’ve encountered people in my life who have triggered me where I felt angry, defensive, judgmental, “not enough”, ignored, and so on.  What if I didn’t take it personally? What if their behavior was not a reflection on me and who I am?  It’s easier to access compassion when we get curious about who someone is, what they’re going through and how they came to be that person.  After spending a few days tinkering with this post, I came across an article last night on my commute titled “Want to Connect With That Difficult Co-Worker? Try This 1 Sentence.”  The sentiment in the article goes beyond just co-workers and was:

Every person is a bundle of beliefs, personality, preferences, opinions, life experiences (positive and negative), etc.  What if we brought more compassion and curiosity to the people we thought we didn’t like?  Or who we assume don’t like us?  Or who live drastically different lives than we do?  Or to people we encounter in our daily lives who seem grumpy or withdrawn?  Maybe we will be surprised.  Maybe not.  Maybe more compassion and curiosity will bring more connection and understanding.  Or maybe we will learn enough so that we still decide to respectfully avoid that person.  We won’t know until we try. 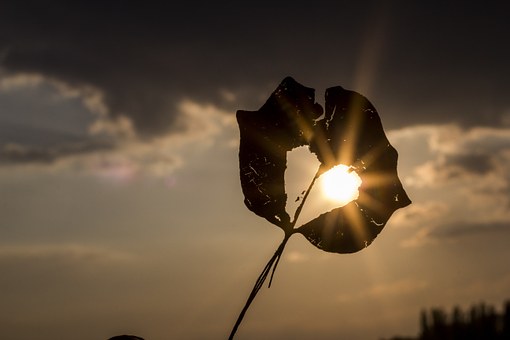